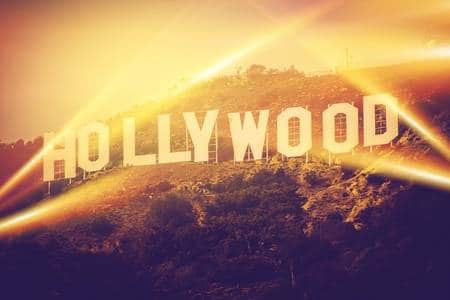 How Reckless Love Took Us To Hollywood

Hey, Marissa here. As you might know, last month we took a trip to California where we met with some Christian industry professionals, the founder and director of Hollywood Prayer Network, and the directors, staff and kids who are involved with Oasis Ministry in Hollywood. What you might not know is that this trip was inspired by the song Reckless Love by Cory Asbury. It plays on the radio all the time now, but the first time I heard it was at our church. If you haven’t heard it, check out the video below, or to just refresh your memory, here’s the chorus:

When we were singing the chorus, I was praying that God would let me see how He was pursuing the unbelievers around me. So often we hear “Jesus is a gentlemen, he won’t just barge in. He’ll gently knock at the door, but it’s up to you to let him in.” Well I wanted to see this Jesus who “chases us down and fights ‘til we’re found.”

That week God started waking me up in the middle of the night to pray for specific people. What surprised me though, was that it was for people I’ve never met before! It was actually for different actors. The first night I woke up knowing I needed to pray for Shia Labeouf. He’s definitely not an actor I’d thought about for years, but I woke up praying that he would experience God’s peace, know how much He loves him, be delivered from a few things I won’t name here and that he would be surrounded by Christians who would SHOW him the Gospel by the way they love him.

I woke up many nights praying for Shia, a few nights for Tom Cruise, that God would show him Truth and give him the courage to step out of Scientology and for his protection when he does, and then other nights for more actors I’ve never met.  (Stay tuned for my next article here, Scientology, an Obstacle to Truth. Subscribe and invite your friends to subscribe.)

Now that still might not sound as dramatic as “chasing people down and fighting ’til they’re found,” but if you know the power of prayer, God waking believers up in the middle of the night to pray for unbelievers is definitely more than Him just “lightly knocking at a door.” Through my prayer to see how God was pursuing unbelievers and the way He started waking me up to pray for them, I also obviously noticed that He was highlighting people in the entertainment industry.

I started praying more and more for actors, and for Hollywood in general, that the Holy Spirit would move through there, spreading Love and Truth, and that Christians who are in Hollywood would have the courage to let people know what they believe, and that they would love unbelievers well. Every time I’d hear the song Reckless Love I would be thinking about actors in Hollywood. God was showing me how each verse of the song was truth that they needed to hear.

[tweetable author=”Marissa Lollar”]Sadly, the church hasn’t always been very kind to the entertainment industry, and often times when we should have been telling directors, producers and actors how much God loves them, we chose to boycott and be hateful instead. This can paint a very skewed picture of what God is like. [/tweetable] But thankfully, like the song Reckless Love says, God will light up shadows, break down walls, tear down lies and climb up mountains to reveal what He’s really like.

We were singing that bridge and I was praying that God would reveal what He’s REALLY like to unbelievers in Hollywood. That He would tear down lies they believe about Him and realize that He really does love them and wants to be their Father. Where the song says “There’s no shadow you won’t light up, Mountain you won’t climb up, Coming after me…” I saw believers climbing up the mountain behind the Hollywood sign, lovingly taking the Good News into Hollywood.

God kept putting Hollywood on my heart, and I realized that a devotional I was reading was written by Hollywood Prayer Network, so I looked it up. I joined their prayer team, and when I told them about Mobilize Ministries™ and that we were considering going to Hollywood, the founder/director ended up emailing me back and said she would love to meet with us while we were there.

God helped us make many more connections before our trip to Hollywood and even some unexpected ones once we were there, but it all started when He used the song Reckless Love! So next time you hear that song, please take some time to pray for an actor or director in Hollywood. Watch the video above and pray that believers will love on them and that they’ll know they’re loved by God and that He wants a relationship with them. Think of the influence that the entertainment industry has, and how amazing it is when it glorifies Jesus!

(Since the writing of this article we have moved and expanded Mobilize Ministries to Hollywood. In what tangible ways are you going to let the reckless love of God flow through your missional living among your spheres of influence?  Comment below.